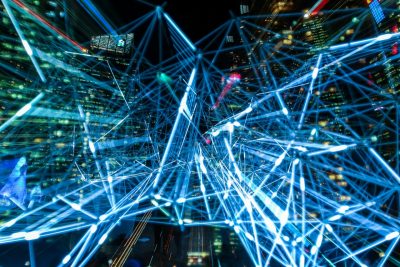 Google announced the launch of a new database option to its portfolio called AlloyDB, developed around the PostgreSQL open-source database, which has been the go-to option for developers for more than three decades. The new database was launched in preview at the Google I/O virtual conference.

No timeline has yet been given regarding the general availability of the database.

A managed database-as-a-service offering, AlloyDB is based on the open-source PostgreSQL relational database. With multiple cloud databases in its kitty, all of Google’s databases support PostgreSQL, including its Cloud Spanner database and the Cloud SQL for PostgreSQL service.

Compared to AWS’s Aurora PostgreSQL, Google claims that AlloyDB is twice as fast for transactional workloads.

The new database is designed to attract users with a code stack, dependent on a full-featured database offering options like atomicity, consistency, isolation, and durability (ACID)-compliant transactions, stored procedures, or triggers.

Team members at Google believe that the new database will run the race directly with legacy offerings from firms such as Oracle, IBM, or Microsoft by providing classic features in a modern, cloud-native package.

AlloyDB expands the open-source PostgreSQL technology with a columnar data format accelerator, activating analytical and transactional workloads. The tech giant will also integrate its Vertex AI service with AlloyDB to allow users to use Machine Learning directly with the database.

“AlloyDB fills a key gap in the Google database offerings,” said IDC analyst Carl Olofson. “It is a fully relational DBMS with the ability to perform both analytics and transactions, as well as blended operations that we call analytic transaction processing at IDC.”

PostgreSQL in the cloud

The PostgreSQL platform is a known alternative because of its capabilities like solid performance, varied features, and a wide community of developers. The open-source license is enticing to users because they feel less bounded to one firm. And in case the terms of the contract or the price grows too burdensome, they can go to another service provider who supports the product, or they can even build an in-house team.

The new version of the database will be hosted in the Google cloud and priced as a service. The new pricing model is much simpler and does not involve any kind of hidden charges that often lead to huge, unexpected bills. To cite an example, the new model will not charge for I/O, a common extra in most contracts from cloud providers like Amazon Web Services (AWS).

With the launch of the new offering, Google will join the league of several other companies building database products around PostgreSQL. Cloud providers like DigitalOcean, Vultr, and AWS are launching managed versions of popular open-source databases like MySQL, Redis, and PostgreSQL. These products offer the stock version of the database while taking care of many chores like installing the software, configuring the server, and keeping it up to date as new security patches appear.

At the same time, other firms are building more intricate versions around the open-source database while introducing new features to create a new brand.

Google plans to stand out with swift performance and a rock-solid service-level agreement. It has rewritten some core storage routines to speed up transactional and analytical queries. Initial internal benchmarks propose that its version will be four times faster than stock PostgreSQL and twice as fast as Amazon’s Aurora, another competitor following a similar path.

Google has also consolidated the database with Vertex AI, one of its alternatives to build and deploy Machine Learning models. This will enable developers to work directly with these models with queries and stored procedures.

PostgreSQL is also popular because the community has created several extensions that add features for applications. Mapmakers and developers working with location data, for example, rely upon PostGIS, a version optimized for storing and searching collections of points specified by latitudes and longitudes.

In recent years, more and more vendors are adopting a trend that involves a combination of transaction and analytical capabilities in a database. While IDC cites capability as ATP, Forrester Research terms the same functionality as a translytical database. Other vendors like PingCAP refer to it as hybrid transactional and analytical processing.

Olofson views AlloyDB capabilities as different from other Google database offerings, including Cloud Spanner and BigQuery. He mentioned that BigQuery is for large table queries, Spanner is for multi-region distributed database processing, and AlloyDB can be used for transactional applications and analytics.

Other than analytical and transaction processing, AlloyDB optimizes data storage because the new database is native to the Google file system, Colossus.

The reason why Google built a new database service with AlloyDB

Must be wondering why Google decided to build another database that supports PostgreSQL. Andi Gutmans, GM and VP of engineering, databases at Google Cloud, said in an interview that it was due to customer demand.

Gutmans noted that his team had come to know from customers of Google’s Cloud SQL for Postgres that while they were happy with the service, they wanted more security, performance, scale, and availability.

“This is really where AlloyDB fits in, that is how do we build a PostgreSQL service on steroids that really can address the requirements of high-end enterprise applications,” Gutmans said.

Gutmans mentioned that AlloyDB is completely compatible with open-source PostgreSQL, which is essential for user adoption as it will allow existing workloads to migrate more easily.

Among other capabilities being added by Google to its AlloyDB are: Making the database faster and more scalable, according to Gutmans.

Regarding analytics, Gutmans said that Google has added an accelerator for column-based queries.

The accelerator utilizes Machine Learning in the Google cloud that identifies access patterns and which columns are most used in analytical queries. Further, the AlloyDB database will create representations of those common queries in a columnar format in memory.

Gutmans said that Google’s AlloyDB development team has many ideas about how to continue to improve query processing and query optimization.

“I think we’re coming out of the gate strong, but there are many additional ideas on things we could do to make the customer experience even easier,” he said.

“We’ve got lots of customers, like travel agencies, retailers, auto manufacturers, or financial services who bought these very expensive, proprietary databases and are trying to really break free from them and move on to open source.” explained Andi Gutmans, the general manager and vice president of databases at Google Cloud.

“You can kind of guess why customers want to move,” said Gutmans. “The cost is one part, but there are a lot of prohibitive licensing terms. They have audits being done against them. There are a lot of, I would say, unfriendly practices.”

“Customers want to analyze the data in real time in order to make additional decisions very, very quickly about things like personalization or fraud detection or so forth,” explained Gutmans. “What we’ve actually added Is an analytical capability, so now you have a hybrid transactional and analytical system. They can run analytics up to 100 times faster than [stock] open-source PostgreSQL.”

“[Compatibility] was actually a core design principle for us,” said Gutmans. “This is why we decided to take PostgreSQL and extend it as opposed to building a PostgreSQL compatible system. We have a PostgreSQL API on the spanner, right? But you can’t build that to be 100% compatible, and so what we’ve done here is we’ve stayed true to PostgreSQL.”

Dig Emerges from Stealth with A Cloud Data Detecti...

Fortnite is Now Available on iOS With a Twist...

Google Donates the Istio Service Mesh to the CNCF...